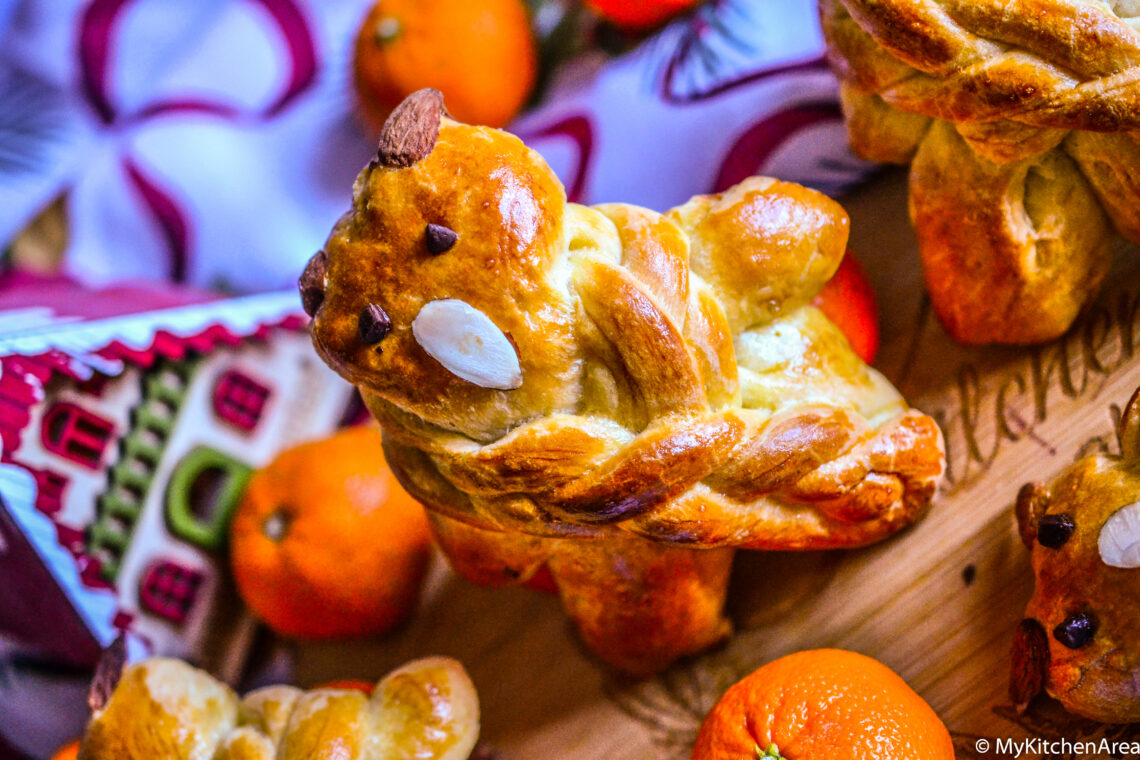 It’s a few days after St. Martin’s feast. I mentioned in my previous post that St. Martin’s day was a celebration of the end of the harvesting season. In the Middle Ages and later, during this part of the year, some of the workers and servants ended their jobs, got their payments and traveled home for the Winter (or traveled with their lords to the winter states, when we are talking about feudalism era). So the St. Martin’s feast, later during the month St. Catherine’s feast and the St. Nicolas Day were the last days when seasonal workers were together and could celebrate the Harvest. In some parts of Europe, mainly Switzerland, Luxembourg, Germany, Austria, Slovakia and Czechia there was and still is a tradition to bake small figures from the enriched dough. Depending on the region, you can find them as Weckmann (weck is a bread roll but also means “away”), Stutenkerl (kerl means lad, stuten is sweet yeasted dough), Kiepenkerl, Männele or Grättimaa. They are really similar to the famous gingerbread man and some historians say that the gingerbread man has possibly roots in the Weckmann tradition.

So the Weckmanns are baked from St. Martin’s Day to St. Nicolas day. In some countries they are shaped like a simple man, exactly like gingerbread man, or they have a hat and clay pipe and symbolize the actual St. Martin. Way back in time they were without the clay pipe because St. Martin was and still is considered as a Saint, but during the Reformation, people started adding the clay pipes, so he wouldn’t be too much of a Saint and looked more secular. In some other countries they are baked on St. Nicolas Day and symbolize St. Nicolas, so they have a bishop’s hat with the cross. On the other hand, in the alpine part of Europe they are shaped as the old pagan creature – the Krampus. Krampus was an old figure, partly man partly goat, with horns, so he looked like the Devil itself. During the Christianization he became a helper for the St. Nicholas and nowadays he accompanies St. Nicholas on December 5 (St. Nicholas Eve or Krampusnacht) and punishes naughty kids. While St. Nicholas brings sweets and fruits, Krampus leaves only coal, potatoes or onions. And these traditions are still alive, in Austria and Slovakia, Krampus parades are quite popular and every kid is waiting for the visit from the St. Nicholas. Some of these baked figures are in their modern chocolate version. In Central Europe you can find chocolate Krampus and St. Nicholas in every grocery store during this time. But sometimes it is nice to keep the old traditions alive and do it like in the old times, so here is my sourdough version of the baked Weckmann and Krampus.

Instructions:
Mix the starter, flour, eggs, egg yolk, milk, sugar, salt and all the extracts. Knead until the dough is smooth and passes the window test. Then add the soft butter and knead until it is incorporated properly. At the end the dough should be soft and elastic. Cover the bowl with cloth or cling wrap. Leave it to rest, in this phase you can put it in the fridge or a cool place overnight. It has higher content of butter and it’s similar to a brioche. The cool slow fermentation helps to develop a beautiful taste and the butter will not sweat from the dough. But if you want, you can let it rest at RT, just be careful, the temperature shouldn’t be too high. Then leave it to rise until doubled.
In the morning take the dough from the fridge, if you chose the cool fermentation and leave it to rise at RT until doubled. After that punch it down and fold it into a round ball. Then, slice the dough into 8 pieces (110/piece). For the Weckmann divide each piece to three parts: 80g, 20g and 10g and round them. For the Krampus divide each 110g part into 80g and 3x 10g part.

For the Weckmann: Take the 80g part and shape it to a smooth log or cylinder, then cut it 5 times as pictured. These cuts form the legs, arms and head of the figure.

Smooth and shape them by hand so they look like actual arms and legs. Then take the 20g part and shape it like a cone – it will be a hat with the pompom on the top. The smallest part will be a scarf around the neck.

Let it rise again until it doubles. After the second rise, use the egg wash. Decorate them with almond slices and chocolate chips. 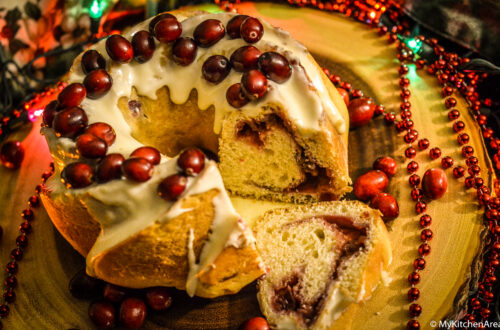 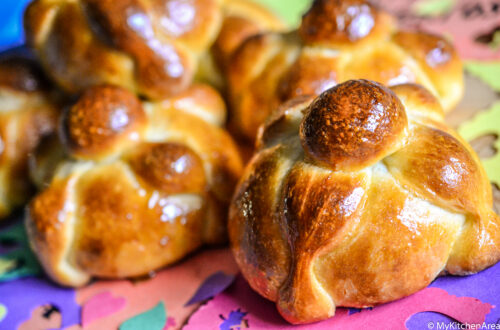 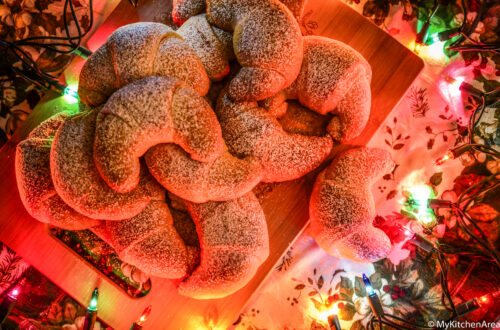